A Rich History of Folklore

When it comes to folklore and superstitions, the people of Hawaii have a rich history and it's good for visitors to know a little bit about them.

Long before hotels, condos, and tourists roamed these blessed islands, Hawaii was its own nation, a Kingdom, home to a rich culture filled with unique traditions and beliefs. This culture lives on today of course, but modern Hawaii’s traditions also reflect the multicultural heritage of the islands, with each immigrant group adding their own beliefs to the rich human tapestry and traditions.

In contemporary Hawaiian culture, local superstitions go much further than black cats or having seven years of bad luck from breaking a mirror, and often tie into the unique flora and fauna of the islands.

According to Hawaii Magazine “there isn’t a single culture that has immigrated to Hawaii that has not also brought with it the spiritual folklore of their origin.” Though there may be different superstitions intertwined with the Hawaii’s native beliefs, we thought it would be both fun and informative to share just a few of Hawaii’s Cultural do’s and don’ts. Some of these will be interesting and other will help you to be a more sensitive visitor to this unique and wonderful cultural melting pot.

Don’t take a lava rock from the volcano, or sand/rock from the beaches in Hawaii—you will be cursed by the fire goddess Pele!

Legends say Pele is a beautiful fire goddess known for her power, passion, hot-temper, jealousy, and, for being the creator of the Hawaiian Islands themselves! She usually appears as a woman with long hair wearing red, or an older woman with long, white hair, holding a cane. 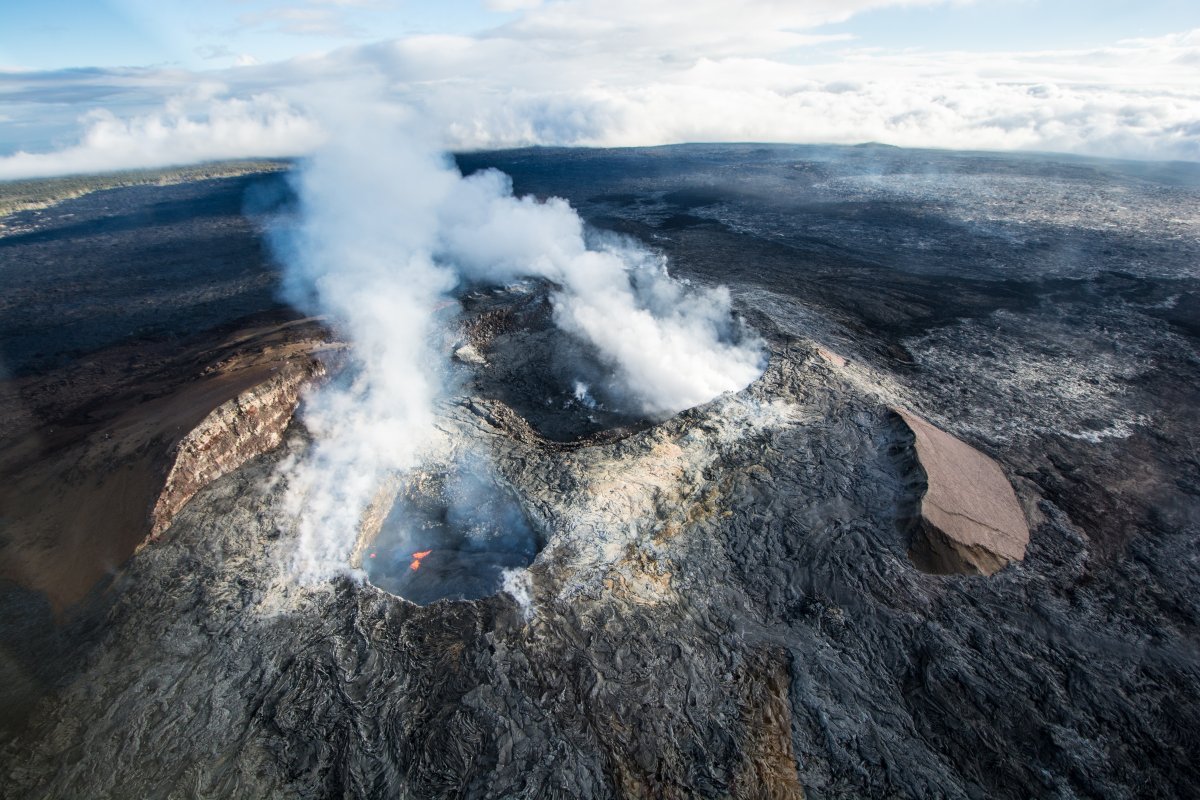 It has been said that if you take something natural from the Islands, such as a rock or sand, Pele will put a curse on you. Pele believed in spreading ‘Aloha’, she rewarded those who practiced the spirit of Aloha and those who are selfish were to be ultimately punished.

There are many stories told about the fire goddess’s wrath.  Some visitors’ claim to have seen a woman in red dancing by the crater at Kilauea National Park, which is her home.

If you want to get on Pele’s good side, pay your respect to the fire goddess by greeting her and the who you meet on the Island’s with Aloha.

Extra Credit - those who would like to really get on her good side, pay a visit to the Halema’uma’u crater and offer food or gin—its her favorite!

Don’t take pork on the Pali Highway—it will upset Pele!

According to the ancient Hawaiian legends, Pele fell in love with Kamapua’a, the Lord of Pigs. Kamapua’a is known to be a sensual hog spirit, a half-pig/half-man demi-god who lives in the swampy parts of Hawaii. 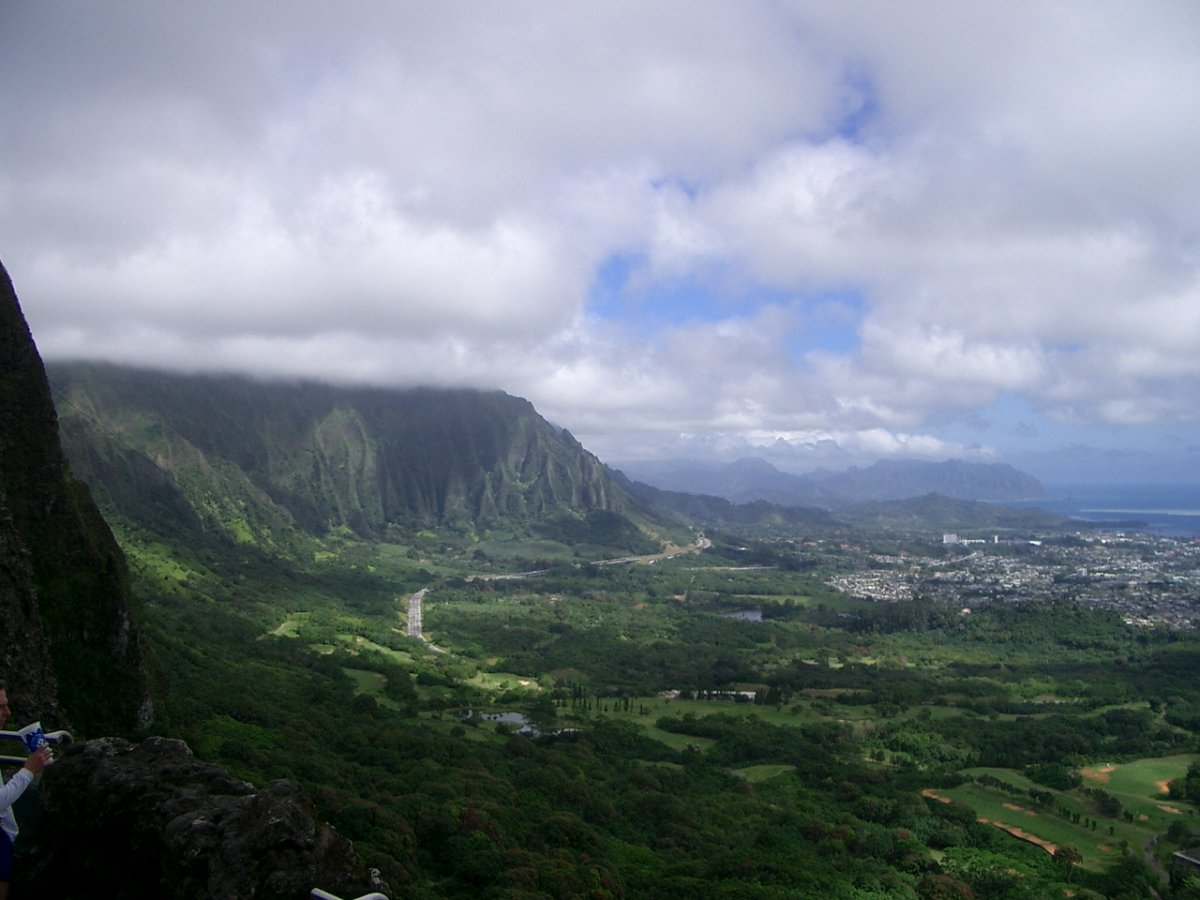 Although his epic battle over the land and romance with the fire goddess was well known, Pele was not his only lover. Kamapua’a also had a romantic connection with the snow goddess, Poliahu—it’s no wonder these two goddesses can’t stand each other! So, it follows, he is Pele’s rival, ally, lover and enemy.

Eventually the two agreed not to visit each other or cross over each other’s land, however taking pork over the Pali on Oahu means taking a form of Kamapua’a from his wet side of the island into Pele’s dry side. So, the story goes that if you do not want your rental car to break down, it is probably best to keep pork far from the Pali Highway and if you absolutely have to travel with pork, wrap it in ti leaf to keep you protected.

Those in Hawaii who fish regularly have perhaps heard about this superstition. However, it is thought that this belief goes back to simpler times in Hawaii, before motors and fiberglass bottoms. Ancient Hawaiian fishermen did not have maps or boats to navigate; they mainly used dugout canoes to voyage to other lands or fish at sea. Boats and canoes transporting bananas needed to move quickly to avoid the fruit from going bad, leaving fishermen no time to fish at sea. Hence…no fish = bad luck! 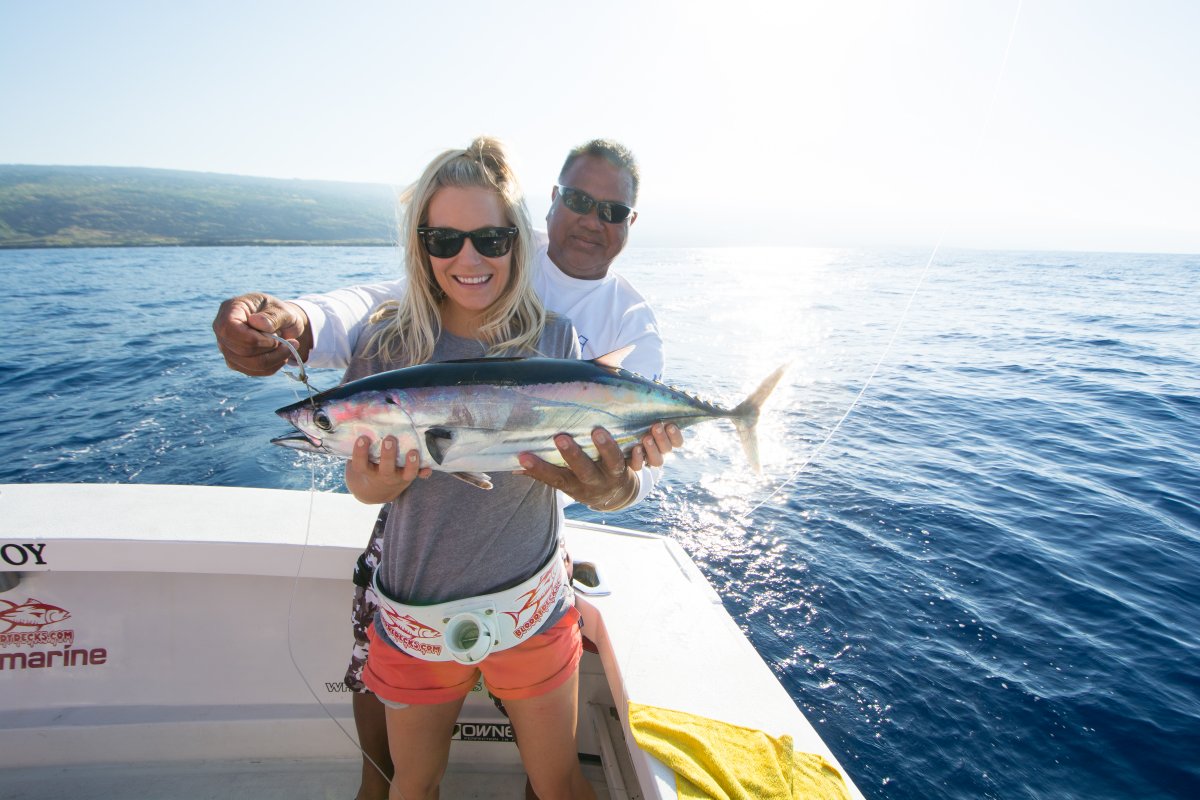 Do not whistle at night—it will attract the Night Marchers!

Who are the Night Marchers? The night marchers are known to be the spirits of the ancient Hawaiian warriors that moved with purpose to the sound of the drums, as they head out to battle. According to Hawaiian legends, some say these restless souls are looking for a way to reclaim their rightful territory or searching for a way to enter the new world.

It has been said that if you whistle at night, you are summoning the Hukai’po, aka the Night Marchers, and if you hear their drums—HIDE! 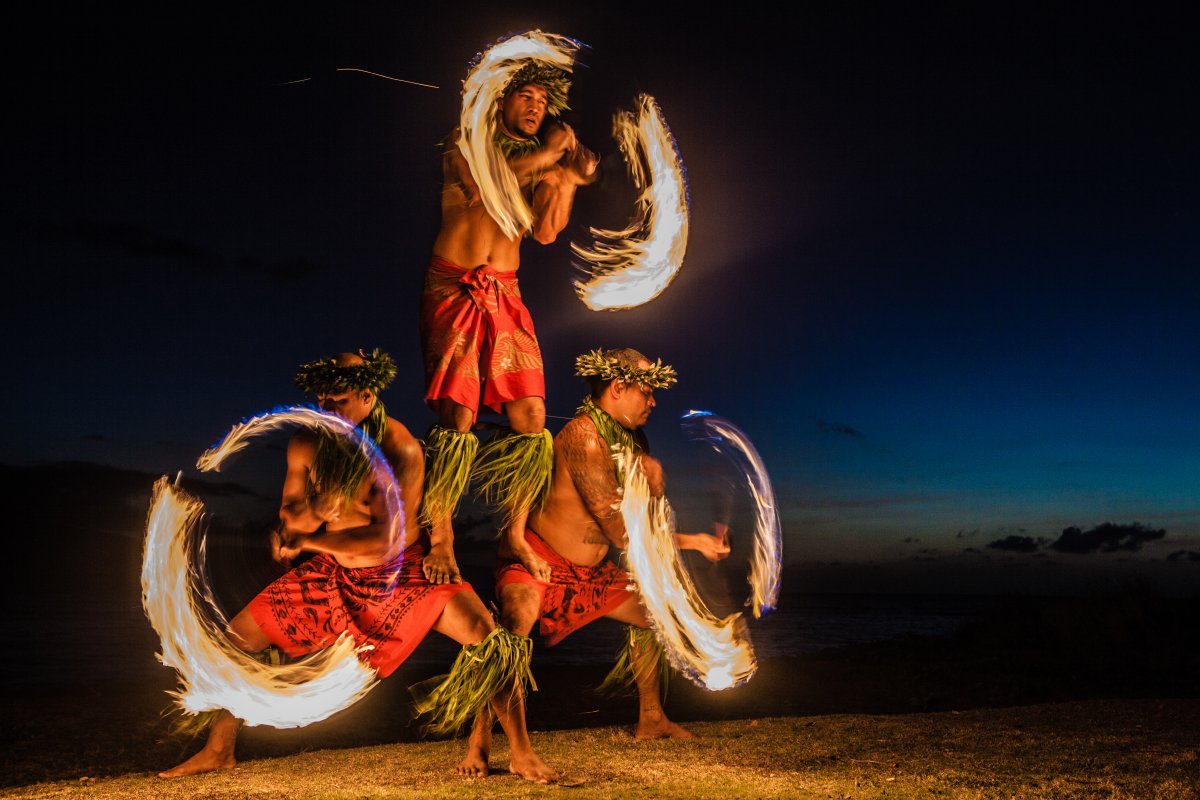 Night marchers are most active at night and said to march on certain nights, depending on the rise of the moon. It is considered an evil omen to look directly at the night marchers. If you hear the sounds of drums in the distance growing louder and see approaching torchlights heading in your direction, as a sign of respect you must lay facedown on the ground—this will keep you protected!

Picking the Red Lehua Blossom is a bad idea!

It has been said that Ohia and Lehua were young lovers, but one day Pele came across the handsome Ohia and wanted him for herself. When he refused Pele, she became angry and turned him into a warped tree. The beautiful Lehua begged to the gods to help turn him back, but the gods were unable to reverse Pele’s curse, instead they decided to turn Lehua into a stunning red flower and placed her on the tree so that the two young lovers would never be separated. 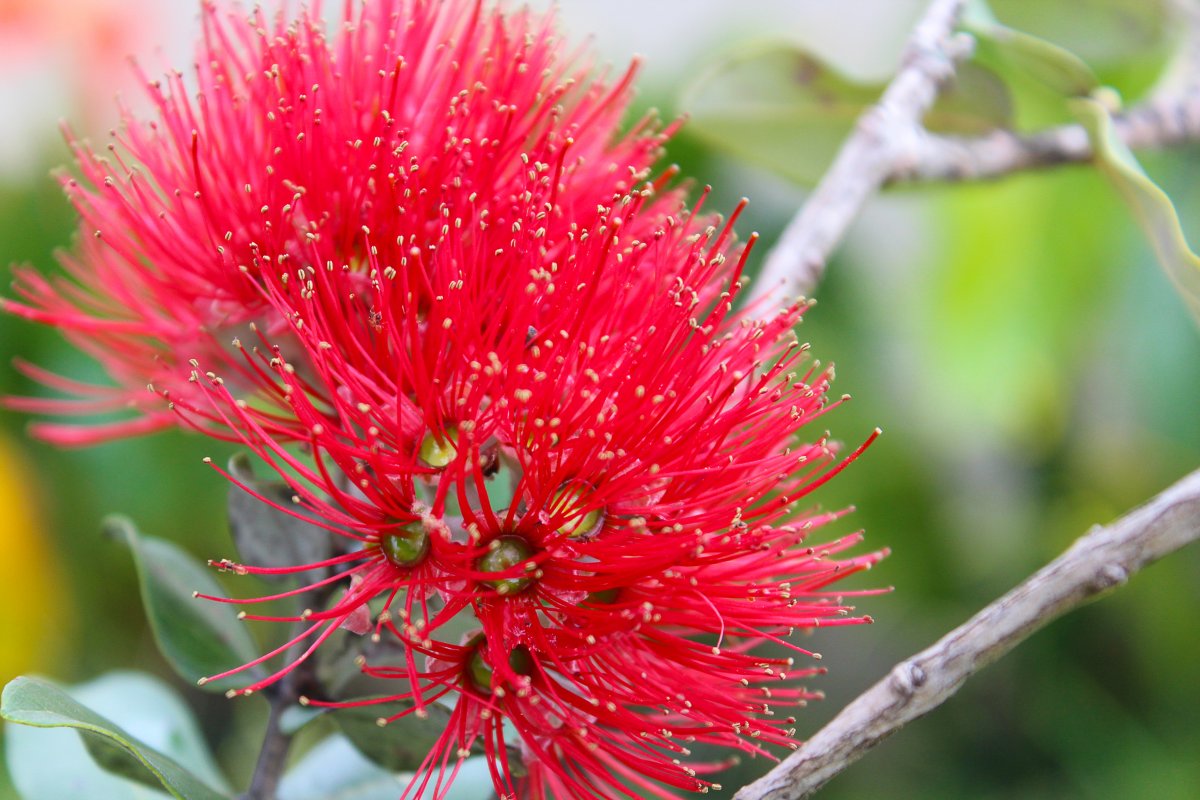 According to the legend, as long as the blossoms remain on the tree, the weather will stay fine and fair. However, once the flower is taken from the tree, rain will fall like hot tears since Lehua cannot bear to be parted from her lover Ohia. They are Hawaii’s very own Romeo and Juliet who live on in the most romantic and poetic natural way.

Legends say the Menehune are tiny mischievous people who lived deep in the valleys and forests of Hawaii, way before the settlers arrived. They were said to be two feet tall and enjoyed dancing, singing and archery. 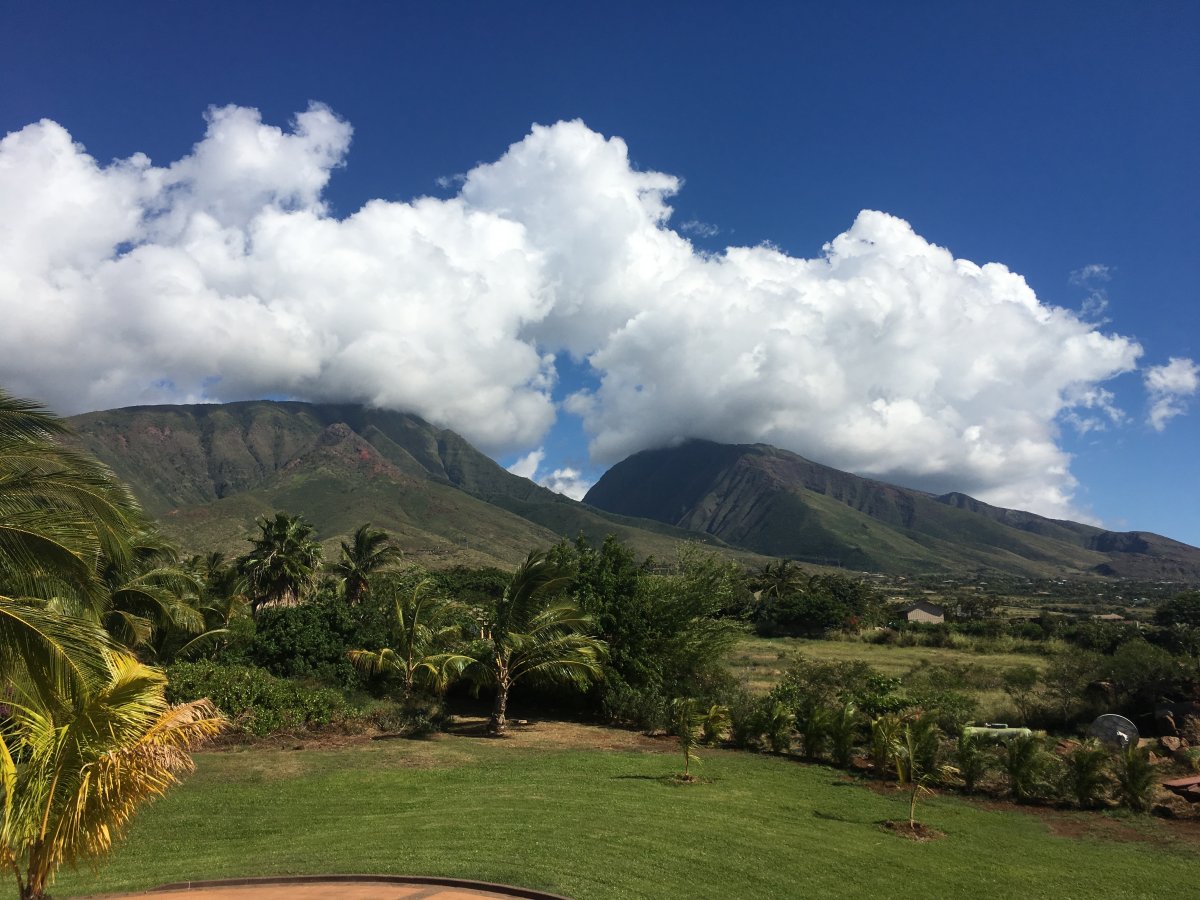 However, the Menehune are also known to use magic arrows to pierce the heart of angry people, igniting feelings of love instead. Local lore says they are smart, strong and excellent craftsman. It is said that the Menehunes used their great strength to build temples, fishponds, and the Menehune ditch on Kauai!

These are just a sampling of the Hawaiian folklore that exists in Hawaii. They are interesting, romantic and, in some cases, serve as a warning and guide for respectful behavior for visitors to the islands.