Well, it’s not actually the heavy start, but as of today, October 3rd, beautiful waves are breaking on Oahu’s famous North Shore beaches. But what does that mean exactly, for us mortals who watch from the beach?

The North Shore of Oahu is home to the famous Seven Mile Miracle, which refers to the seven-mile stretch of beaches composing the famous breaks of surfing lore: Banzai Pipeline, Waimea Bay, Sunset Beach, to name a few. 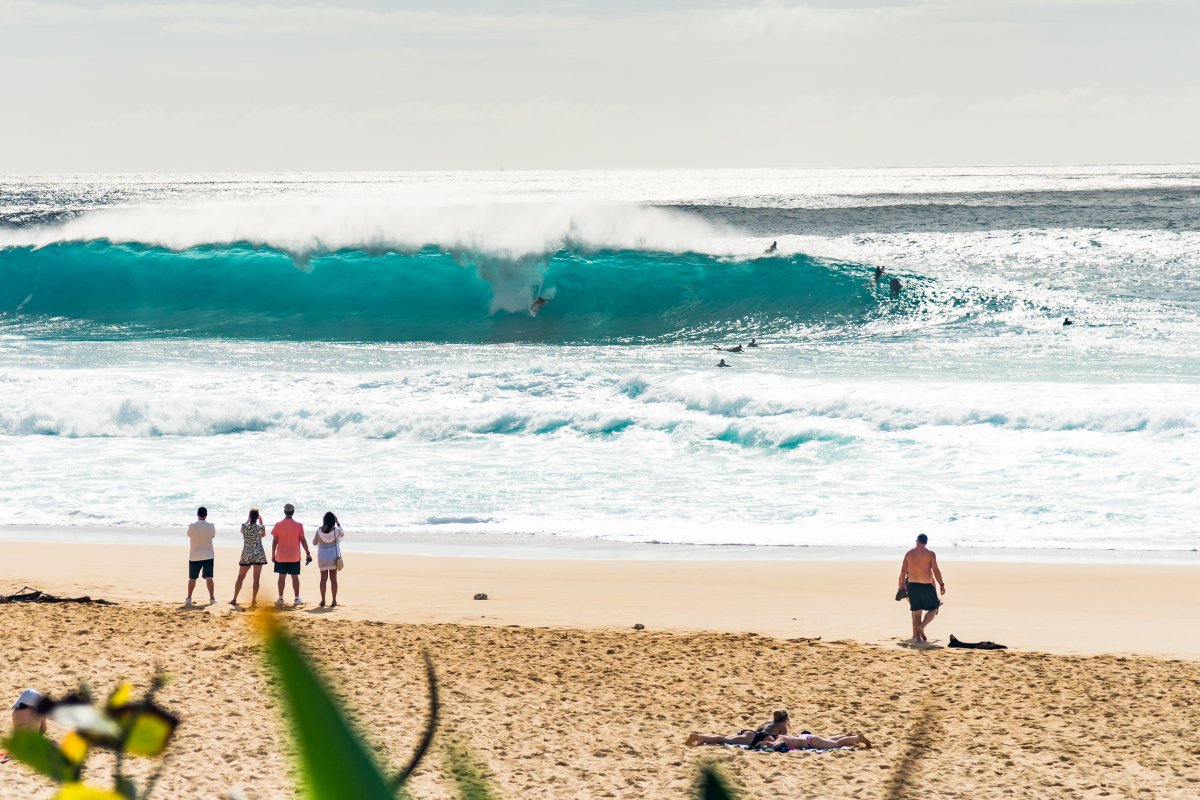 If you would like to see live cams of the North Shore of Oahu and other breaks, check out Surfline. Here is a link to their Pipeline Surf Cam.

Even from this Oahu live cam, it’s easy to be captivated. These waves are big, sometime as big as 30 feet, and what makes them so cool is their proximity: they’re right there, just off shore, so spectators can sit on the sand and watch the surfers test their skill and courage as if sitting in an arena.

When these waves are breaking big, the ground can shake and their spray can cast a mist over the Kamehameha Highway that rings that shoreline. During the winter season, you’ll see the big surfwear company houses on the shore.

When is Big Surf Season

The big surf season corresponds to the winter season in the North Hemisphere. The mountainous waves that hit Hawaii’s northern shores are generated thousands of miles away in the Aleutian Islands in the North Pacific (same thing happens along the southern shores during the summer months, as winter storms rage in the South Pacific).

Interestingly, the inverse is true in the summer, with the north shores being generally calm and great for swimming.

There are several major contests that happen in Hawaii. The biggest and probably best-known is the Pipe Masters. This event is held at the Banzai Pipeline on the North Shore of Oahu in December.

Another big surf event on the North Shore is “the Eddie” named after iconic Hawaiian waterman Eddie Aikau. This big wave contest happens at Waimea Bay, where Eddie Aikau was a lifeguard. The contest only runs when the waves are big and that doesn’t happen often in Waimea. Regardless of surf contests, if Waimea Bay is breaking, try to see it as it has lots of lore. The contest did not run in the 2017-18, but may run this winter. If you are traveling to Oahu in the 2018-19 winter season, keep an eye on the surf report!

When the surf if big, expect crowds and traffic along the north shore, which has a small two-lane road called Kamehameha Highway that offers access to the beaches. Parking can be a challenge and be careful as the Counties are more than happy to earn some cash off your illegal parking job, your vacationer status gets no passes.

Oahu is not the only island in Hawaii with some famous North Shore surfing beaches. Perhaps one of the most famous spots is Peahi, commonly known as “Jaws,” on the North Shore of Maui. Laird Hamilton made a name at this spot. 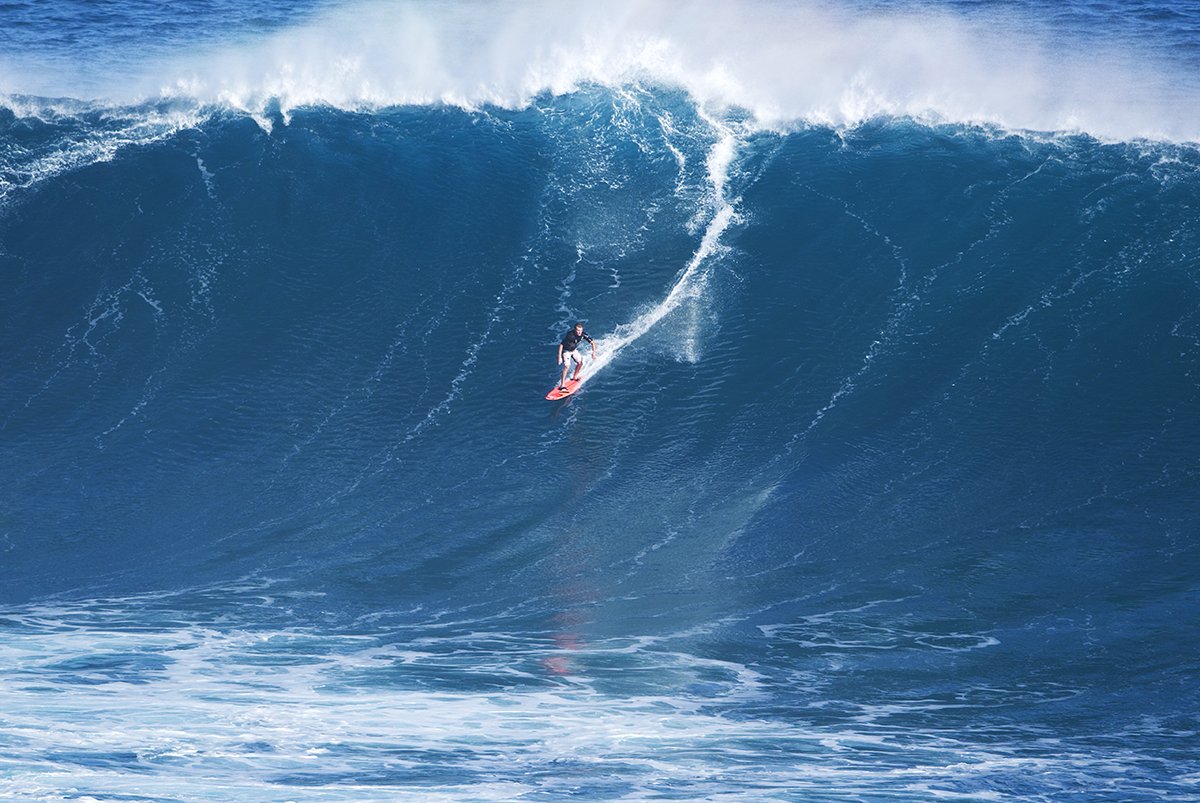 This spot allows for mammoth waves to rise up and break, testing the mettle of the world’s best surfers. However, unlike Oahu, Jaws breaks further out, meaning you watch from a promontory on the shore at some distance. Still, it’s impressive to behold.

There are spots on Kauai and other places as well, each with a swell window and bottom that makes its waves unique.

If you are going to Hawaii during the winter months, and there is a swell on, make some time to go out and view the spectacle. It’s a sight to behold and everyone, young and old alike, will always remember the day they saw the famous big waves of Hawaii.

You may not want to stay up on the north shores of the Hawaiian Islands during the winter months because it generally means that water will be off limits, unless you’re a pro surfer or body surfer. These waters can be treacherous for youngsters, with washup from waves capable of sweeping even sturdy adults off their feet. So, while this season makes for great viewing, it doesn’t make for carefree days at the beach with family.

Instead, considering staying along the southern shores and having access to the placid waters. The waters of Honolulu and Kailua are calm and welcoming. On Maui, the Lahaina and Wailea-side beaches are generally calm and welcoming as well. The same goes for Kauai.