Top 5 Regions of the Big Island

If you’re looking for a relaxing yet adventurous vacation getaway, the Big Island of Hawai’i is one island you don’t want to miss! The Big Island, also known as “The Orchid Isle,”  offers travelers an incredible and diverse variety of things to do and see. We have have split the Big Island into five separate regions, each with its own highlights. 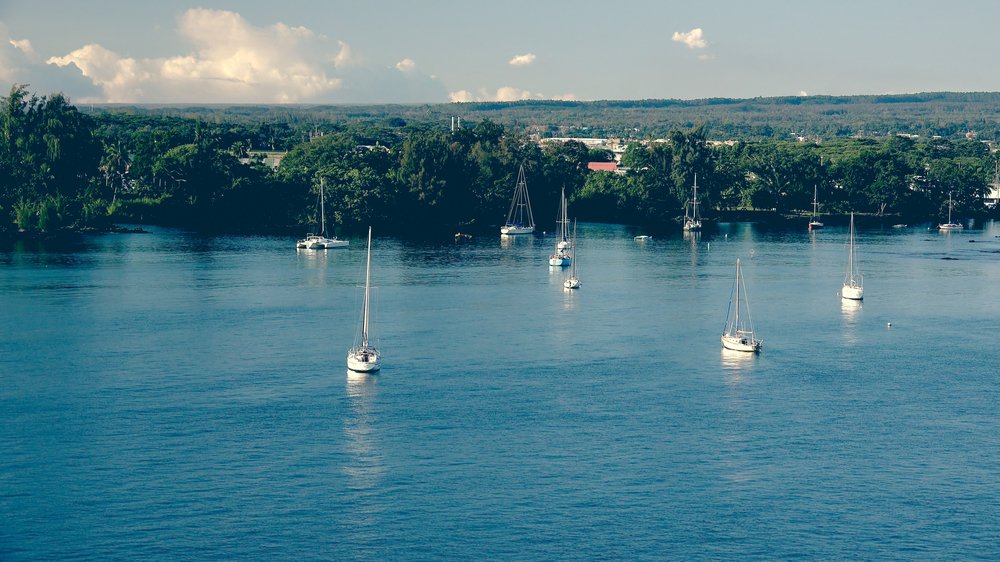 Aside from being the island’s capital, the town of Hilo is the largest city on the Big Island and home to more than 23% of the island’s residents. This tropical town lies on the eastern side, filled with cascading waterfalls and volcanoes.

The windward (east) side is considered the wettest part of the island, averaging about 140 inches of rain annually. While this charming town is not your typical tourist area, it is still admired by many. In comparison to Kona, time on this side of the island seems to run a little slower than normal and the people who reside in this laid-back town welcome their visitors with a friendly aloha spirit.

Hilo is also considered as the Cultural capital of the island, featuring historic buildings and old plantations. When visiting this town, you will want to stop by the galleries and museums in downtown Hilo. Whether you’re looking to learn history from the few museums, visit the zoo, or chase waterfalls--there are lots of fun activities and things to do in the charming town of Hilo.

The west coast of Hawaii is known as Kailua-Kona, referred to both as “Kailua” and “Kona”. On the leeward (west) side of the island, you will find the weather to be much sunnier than Hilo, however, the climate here is still humid enough to grow world-famous Kona coffee.

Kailua-Kona sits between Hualalai Volcano along the gorgeous coastline, featuring white sandy beaches perfect for swimming, snorkeling, and sunbathing. On the north side of Kona, you will find resorts, gorgeous beaches, and world-famous golf courses. The south side of the town is known for its amazing snorkel spots and lush, tropical forests. 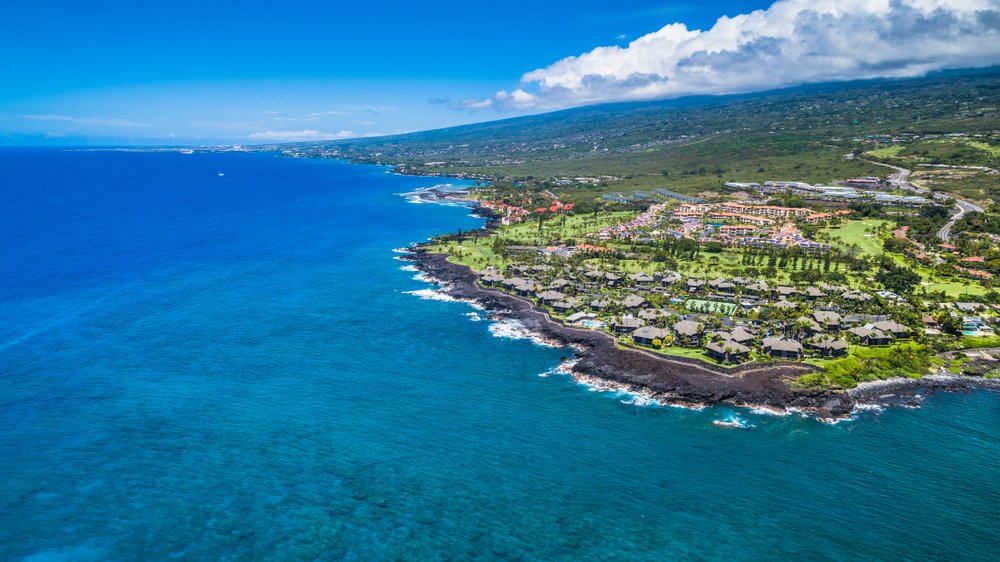 Due to its central location and great weather, this historic seaside town has grown to be the lively center of it all. However, it wasn’t always this way. Not long ago, the town of Kona was a quiet fishing village. Today, it is the activity capital of the Big Island and best equipped for tourism. There are farmers markets, shops, and lots of restaurants within this area. If you’re looking to visit Big Islands West Coast, Kona is a great  home-base. 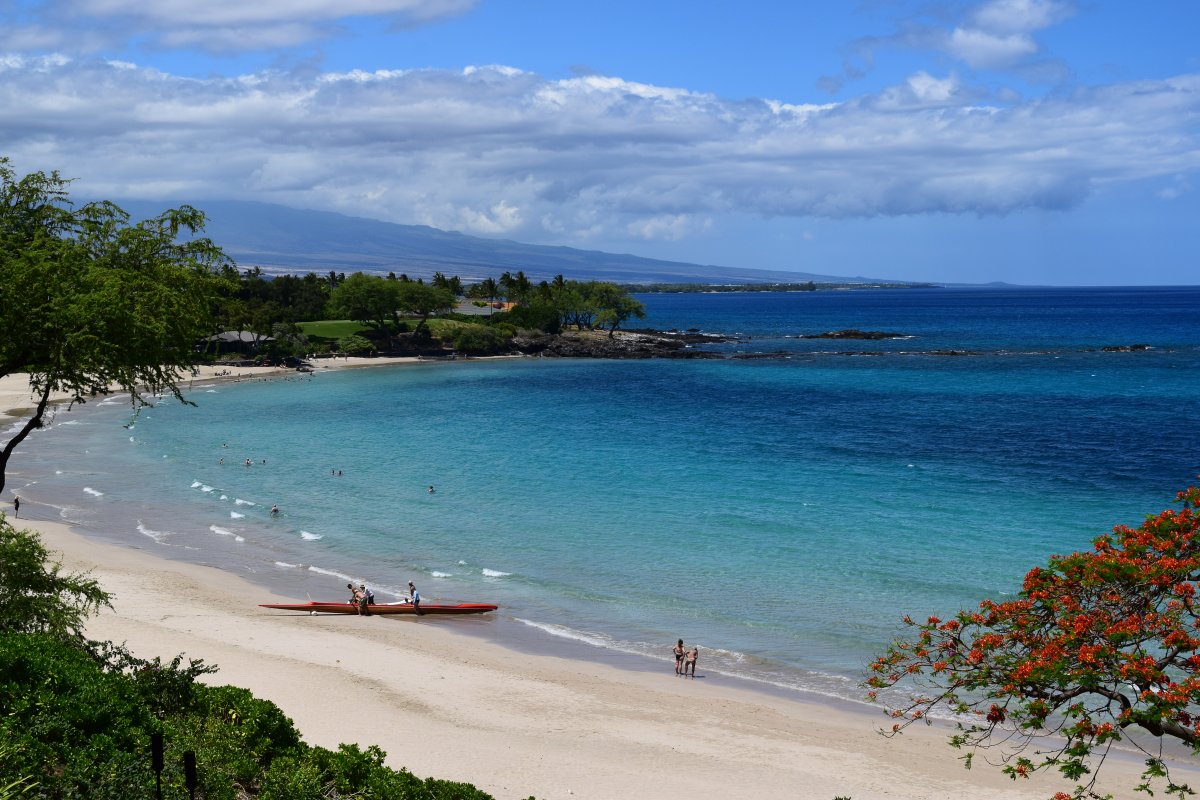 The town of Waikoloa lies on the border of “Kona” and “Waimea”, also known as Big Islands’ resort area. If you’re looking for warm weather and great beaches, the village of Waikoloa is the place to be!

The town is located between the mountains of Mauna Kea and Kohala. While this area may be sunny, it can sometimes become windy due to the trade winds blowing in from the northeast and funneling through the mountain slope, offering a cool reprieve from the sun.

Along the coastline are Waikoloa’s anchialine ponds, maintained by the University of Hawaii and known to be an interesting part of Waikoloa’s natural history. Anchialine ponds are coastal ponds that have no above the surface connection to the ocean, only below the ground via lava tubes. The water in these anchialine ponds are a mixture of saltwater and freshwater, as it is connected to inland springs.

Waimea lies on the oldest of five volcanoes (Kohala) and known as the biggest town on the North side of the Big Island. Sitting at over 2,500 feet, the average climate in this area is a bit cooler compared to the rest of the island, as low clouds meet with the rolling lush pastures. 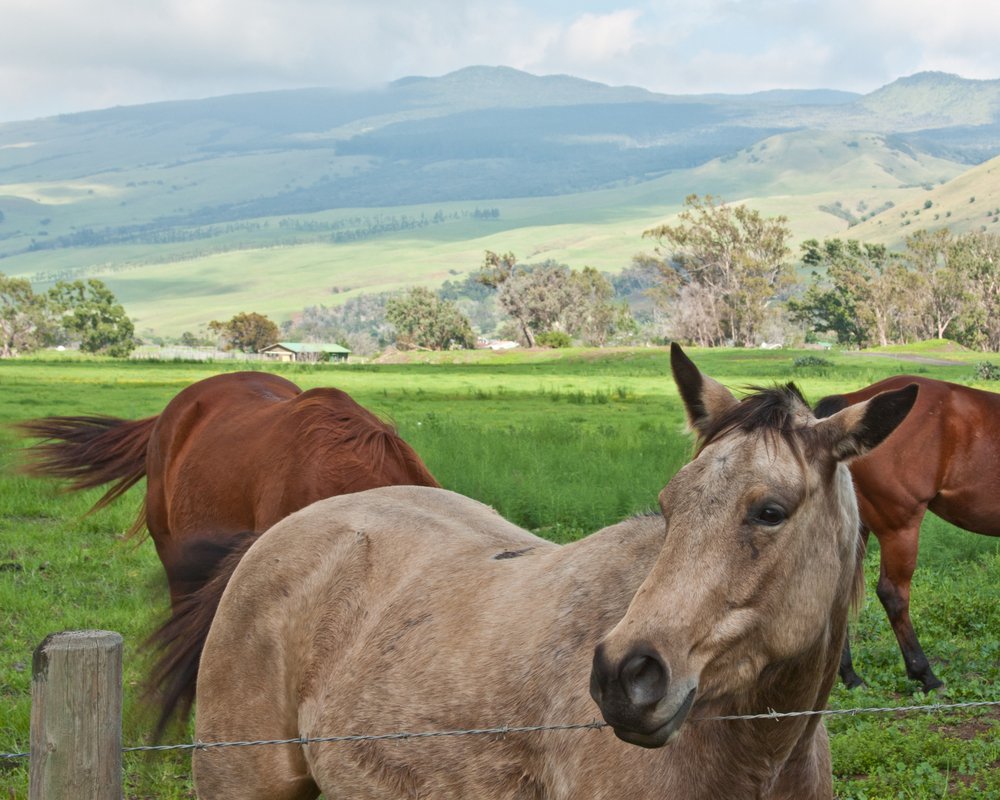 Home to some of the most stunning hikes on the Big Island, Waimea is Paniolo country. Paniolo’s are considered as Hawaii’s cowboys and this area is great for horseback riding, hiking, exploring the rolling hills and/or rugged coastline.

In the state of Hawaii, there are three different Waimeas--One on Oahu, another on Kauai, and Waimea on the Big Island. Due to its confusing name, Waimea on the Big Island decided to honor the Parker Family by nicknaming Wailea as “Kamuela” (the name “Kamuela” is the Hawaiian equivalent of “Samuel”). Samuel Parker has a native Hawaiian heritage and played a large role in Hawaiian history; their family also own much of the land around Waimea.

Volcano Village is a small village near the Hawaii Volcanoes National Park. Known for its beauty and tranquility, this quiet village is great for those looking to escape the traffic and crowds.

This rustic village is sits in the middle of a lush rainforest and is a great place to relax. The weather in Volcano village is 10 degrees cooler than Kona and evenings are known to be crisp and breezy. When visiting the Volcano village, although you can expect mostly sun its best to plan ahead by bringing a warm sweater and/or raincoat as there is often a chance of rain. 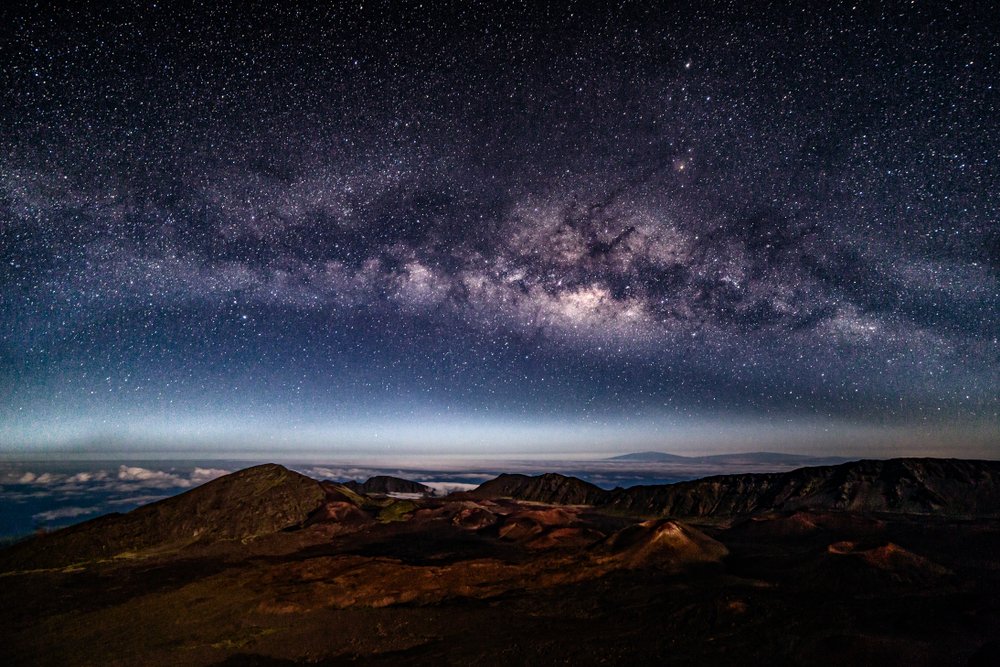